The COVID-19 pandemic presented some massive challenges for Germany's Presidency of the Council of the European Union. Our overarching development policy goal is, and will remain, to mitigate the impact of the pandemic on health, society and the economy in developing countries and emerging economies and to make progress on some important EU negotiation processes. We championed the "Team Europe" approach, further establishing it as a European brand that stands for coherent action in international partnerships, and made a reality of the motto adopted for the Presidency, "Together for Europe's recovery".

Europe has to show solidarity in a time of crisis – either we will overcome crises like COVID-19 or climate change by working together worldwide or we will not overcome them at all. For this we need a strong Europe in the world.

The negotiations on the EU budget for 2021 to 2027 were successfully concluded under Germany's presidency. This also put development cooperation on a new financial footing. At the same time, calls to streamline into one legal framework the over ten EU financing instruments that have existed up until now were acted on. The EU has now created the Neighbourhood, Development and International Cooperation Instrument (NDICI), with funding of 80 billion euros, which will cover cooperation with all third countries. The main aim will be to help the most deprived countries tackle their long-term development challenges. This means above all achieving the 17 Sustainable Development Goals and implementing the Paris climate agreement.

Another major success was the political agreement reached during our Presidency on the new EU-ACP Partnership Agreement (post-Cotonou Agreement). This Agreement, the largest North-South agreement in the world, sets out the legal framework for relations between the EU and 78 countries in Africa, the Caribbean and the Pacific (the ACP countries). The German Presidency played a crucial role in progress being achieved on the Agreement. It is an expression of the partners' commitment to multilateralism. The main objective is poverty reduction and sustainable development, along with closer cooperation on migration, climate protection and education. The Agreement lends new stimulus for business and jobs.·

The EU-AU Summit that was due to have taken place in 2020 has been postponed, meaning that the further deepening of the EU Partnership with Africa will not take place until 2021. We were, however, able to make progress on four core topics at EU level: an investment pact with Africa, support for the African Continental Free Trade Area, the establishment of an African-European digital technology sector and the Green Energy Initiative. We have also succeeded in establishing the topic of One Health at European level.

Other major achievements were:

A number of important Council Conclusions have also been adopted in other areas, like climate, food, biodiversity and the circular economy. A certain amount of progress was also made on the EU's third Gender Action Plan (GAP III), with the publication of Presidency conclusions that were supported by 24 member states.

Trio presidency – with Portugal and Slovenia

In 2021, the Presidency will be handed on first to Portugal and then, in the latter of half of the year, to Slovenia. Working as a part of this trio, the BMZ will cooperate closely with colleagues from Portugal and Slovenia to push forward the agenda on many of these issues. Programming for the next seven years needs to take place, for example, for the NDICI, the new financing instrument for external action. 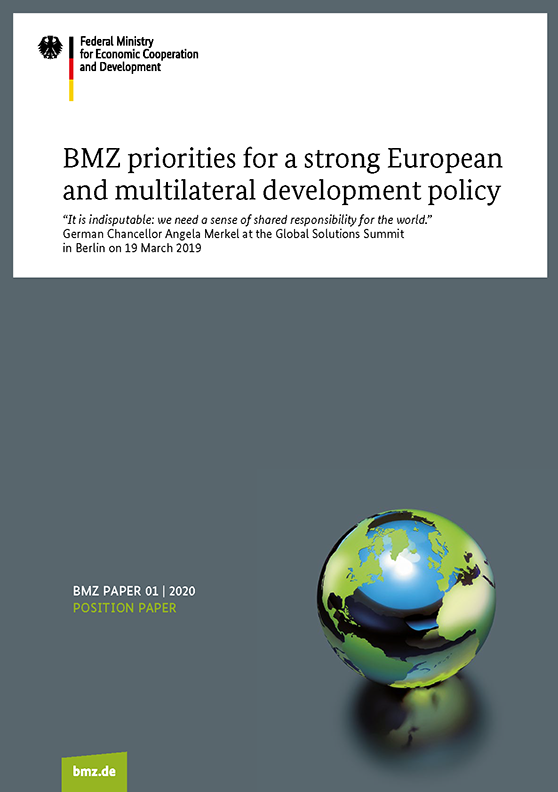 BMZ priorities for a strong European and multilateral development policy 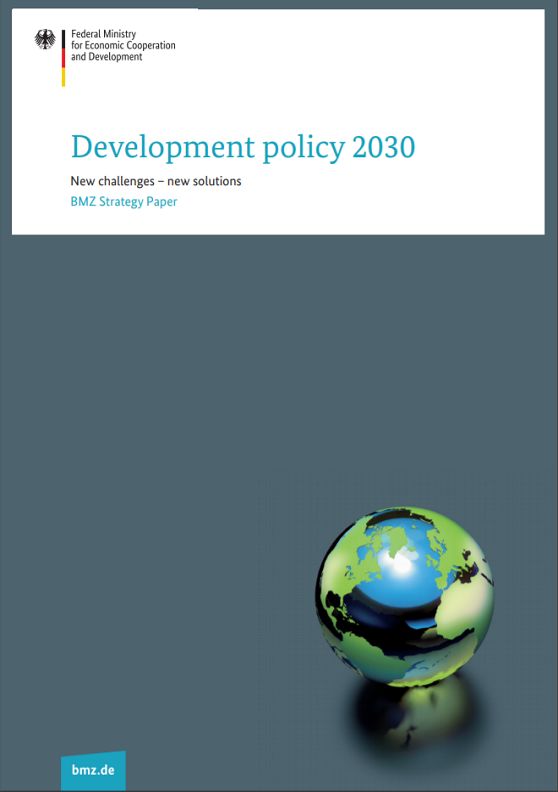